An adorable infant sleeping peacefully is a comforting sight for everyone. A car ride is particularly comforting for tiny passengers, but a peaceful nap could lead to tragedy inside a hot car. 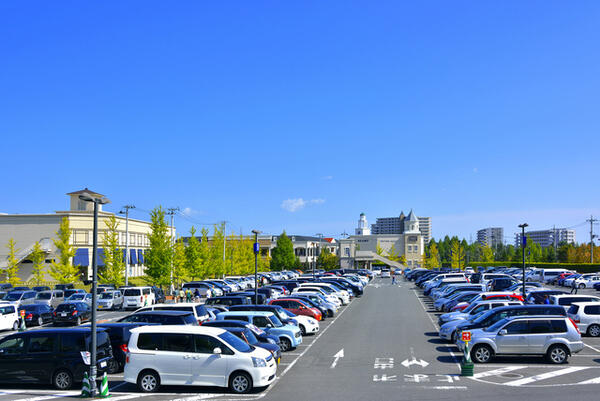 A report says that the temperature inside a locked-up car in the hot sun may reach 140℉(60℃) within 10 minutes and, if exposed to direct sunlight, it may reach nearly 180℉(80℃).

Unfortunately, such fatal accidents occur often and everywhere in the world. According to a survey in the U.S., a cumulative total of 1,018 children died because of being left behind in vehicles from 1990 to 2021, and over the last five years, as many as 40 children died every year in this way on average.*1 It is worth noting that over half of the deaths were caused by parents “unknowingly” leaving their children, although there are some other causes of death. 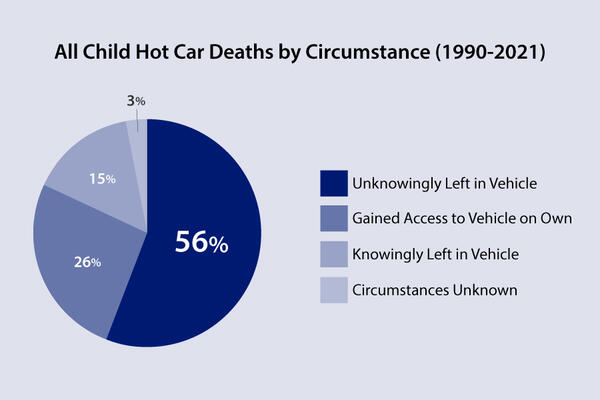 In the U.S., public attention on such tragic accidents that cost young lives has led to the introduction of the Hot Cars Act, a bill that requires all new passenger motor vehicles to be equipped with a child safety alert system. In Europe, Euro NCAP,*2 known as an impartial organization evaluating and verifying the safety of new-model cars, points out in 2025 Roadmap (automobile safety measures released in 2017) that the function of detecting and rescuing a child left alone in a car is an emerging necessary vehicle safety technology. Across U.S. and Europe, a movement has started to make it obligatory to equip new-model cars with a child presence detection (CPD) system in the hopes that this equipment will protect children from tragic accidents.

The automobile industry has already proved its concerted approach to social issues, including purifying exhaust gas and improving collision safety. While collision safety has been shifting its focus from occupant protection to pedestrian protection, the CPD system has been gaining a great deal of attention and expectations around the world.

As you can see from previous data, installation of a CPD system will significantly contribute to the reduction of tragic accidents for more than half of child hot car fatalities. What is needed is a highly reliable device that serves as a second set of eyes of parents.

Usually, an infant is seated in a child seat attached to the backseat. It is not enough, however, to just monitor the child seat because infants can often maneuver in ways that adults may not expect. What is needed is a high-precision sensor technology that covers all bodily movements of an infant and reliably detects the presence of an infant alone in the car in any situation, even if they are still.
Major examples of sensor technologies include cameras, sonar (sound waves), and radar (radio waves). 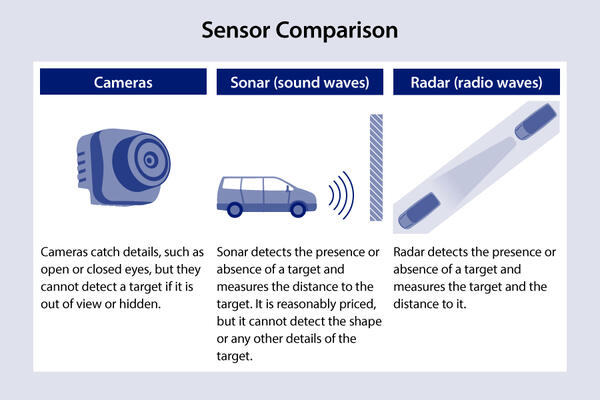 Cameras are suitable for grasping the situation inside the car with still images and videos, but you can only recognize what is caught by (in view of) the lens. If an infant is tucked in a blanket or hiding behind something, a camera cannot detect the infant.

A sonar emits sound wave signals and receives those that bounce back. It detects changes in the distance to a moving target, but may not detect its presence without significant movement. For example, when the movement is small, such as when a child is "sleeping," it may be difficult to determine whether the child is a living or non-living object, which is a concern for the technology responsible for CPD.

A radar sends out radio waves and receives reflected waves to detect a target. Radars also roughly detect the shape and movements of the target as long as the target is within the range of the radio waves. Moreover, radars deliver stable performance because they are less effected by environmental factors such as brightness. Also, data analysis technology has dramatically evolved to provide superior performance.

Aisin has focused on radar technology as a key element of its CPD system. Radio waves pass through objects and sense a person beyond them with high precision, even if his or her movement is minute.

Aisin’s CPD system is the fruit of its engineers’ earnest desire to prevent tragic accidents by any means.

Aisin started developing a CPD system in 2018. Shunsuke Hayakawa, an engineer in charge of the development, drives his child to school every day before going to work. “When I hear news of a child’s death in a hot car, it hits close to home for me,” says Hayakawa. “I feel terrible just thinking about losing my child because of my carelessness. We must stop such tragic deaths.” Although he speaks in a quiet tone, his strong passion for the project is clear. 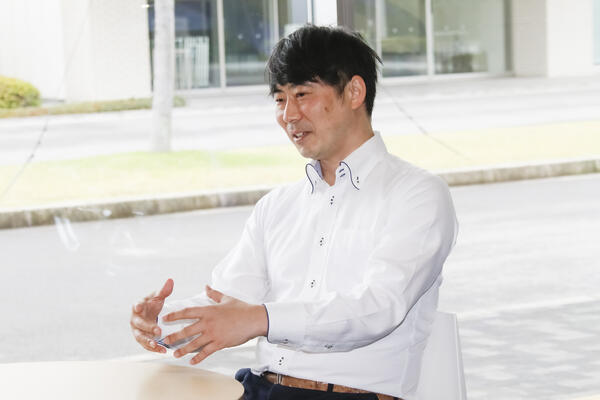 Clifford Malloy from the Aisin Technical Center of America, Aisin’s R&D hub in North America, says, “The occupants who suffer are not normally at the age to “defend” themselves from the extreme conditions inside the vehicle.” He eagerly explains the underlying reason for the promotion of CPD system development, saying, “Any child occupant in any vehicle anywhere in the world runs the risk of this unfortunate circumstance. Therefore, implementing such technologies to reduce the risk should be considered - just one loss is one too many.” At Aisin, staff from Japan, North America, and Europe teamed up to research global needs. While exploring what specific legal regulations would be introduced in the U.S., among the first in the world to make the system mandatory, the team started development of a new sensor that would detect the presence of a child in a car and correctly judge whether or not the child was left alone. In the process of making a development plan and discussing it, the team selected a thin millimeter-wave radar mountable on the back of the roof lining as the sensor and key element of the CPD system. At first, the engineers considered using multiple sensors to cover a wide area inside the car. Seeking the simplest possible sensing mechanism and analysis technology, however, they decided to use a single radar sensor of the most advanced type. The radio wave radiation range was set to enable a single sensor to cover the entire interior of a three-row car, and various tests were conducted repeatedly. In fact, infants “took part” in the evaluation test to recreate all possible situations that may occur in a car, like hiding behind  a seat or being fully covered under a blanket. Based on the accumulated data, the development of functions required of the CPD system has been thoroughly conducted. Furthermore, Aisin’s CPD system is competitive in that “it grasps the situation inside the car in more detail” (according to Hayakawa).

The system adopts a radar (from Vayyar) that has many transmitting and receiving antennas, with as many as 16 transmitting and 19 receiving channels. Compared with commonly used conventional radars with only three to four channels, this radar enables a significantly higher resolution for detecting a target.

A radar sends out radio waves and receives part of the waves that hit and are reflected by a target to tell how far (and where) it is located. The more finely the target is detected, the more clearly its shape is revealed. Furthermore, since radio waves are repeatedly transmitted and received, a radar can also keep track of changes caused by the movement of the target.

The information obtained is analyzed by a computer integrated with the radar unit. Dot data that indicates the location of a target child is accumulated on the computer, and changes in the data suggest the movement of the child. A series of “stippled” images generated with the dot data are analyzed by the CPD computer as if they were 3D video played back frame by frame. Since Aisin’s CPD system grasps the situation inside the car in detail, it detects the slight chest movements of a breathing child and takes them as a biological reaction, which enables accurate distinction between the child and inanimate objects.

When the CPD system detects a child left alone in the car and judges the situation as an emergency, it will raise an alert by turning on the hazard lights and sounding the horn and notifying the user’s smartphone. It is also has the technical capability to include many additional functions so that the CPD system will comply with specific national regulations. 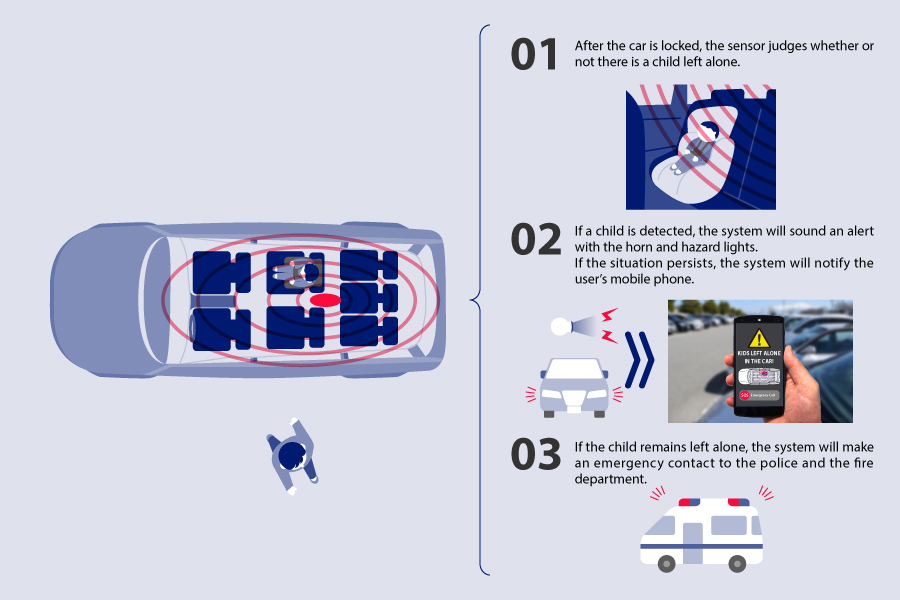 The U.S. and European countries are expected to soon make CPD systems mandatory standard equipment in passenger motor vehicles in the market. There is no doubt that the market for CPD systems will expand globally.

“Inspiring ‘movement,’ creating tomorrow” is Aisin’s corporate philosophy. We sincerely hope that our CPD system will be installed in as many cars as possible and that we will directly contribute to promising a better tomorrow for more children through the prevention of hot car death.